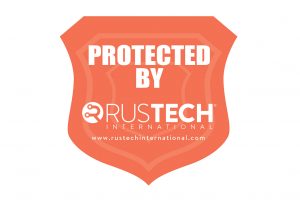 Rustech® can be installed on autos of all types, such as antiques, fast sports cars, off-road trucks, motorcycles, transportation SUVs, 18 wheelers including containers, industrial trailers, and caterpillars in the farming industry, to halt the progression and development of corrosion.

Rustech® also promotes the protection of screws, wheels, the drums, brakes, exhaust, radiator, internal and external parts of the engine, including the water pump, etc.

In addition to the bodywork, Rustech® acts where no other product in the marketplace does, by not only protecting the exterior of the vehicle, but also the chassis, wheels, exhaust, brake system, ceiling and floor, parts covered by moldings and rubbers, such as the internal block, seals and cylinder motor (provided all are connected).
In essence Rustech® is a 100% rational equipment, environmentally friendly and a sustainable concept that does not harm the environment, extending the life of the metal surface while it protects it.

The transportation industry is quite vast in its selection of vehicles, from large vehicles and heavy-duty equipment, such as public transportation vehicles, rail cars, metro rails, garbage trucks and snowplows along with buses and trolly carts. Ultimately, the FHWA report estimated the total cost of motor vehicle corrosion at $23.4 billion annually. Given that there were approximately 200 million motor vehicles on the roads in the U.S.

Ultimately, the FHWA report estimated the total cost of motor vehicle corrosion at $23.4 billion annually. For instance, in 2016, the non-profit advocacy organization AAA performed a survey looking at the cost of repairing damage due to corrosion. What they found was that U.S. automobile owners had spent approximately $15.4 billion over the previous five years to repair rust damage caused by de-icing salts and chemicals. That’s an annual cost of about $3 billion just to repair corrosion from de-icing. The Transportation Research Board estimates that about half of corrosion damage is caused by de-icing, while the rest is caused by other culprits such as acid rain and marine environments. That suggests the total annual cost of corrosion-related repairs might be closer to $6 billion.

Rustech® offers a unique approach to combating rust and extending the life of the vehicle with minimal maintenance and without causing any negative environmental impacts.

Bumper to Bumper protection for your car from Rustech®

Pollution, moisture, sear air, salt, and acid rain are one of the greatest enemies on any vehicle. Rustech® smart anti-corrosion technology prohibits the corrosion process by inhibiting the formation of rust and corrosion on a vehicle in all of the marked areas below.

Rustech® was installed on this classic 1974 Mercedes Benz. You can easily observe the corrosion ‘before’ and ‘after’ Rustech® was installed. A short 3 months results showed how the rust scaled off the metal and became covered with a fine white powdery protective coating, reflective of a stable metal under Rustech® technology. The rust was dry and literally exfoliated from the metal by Rustech®. 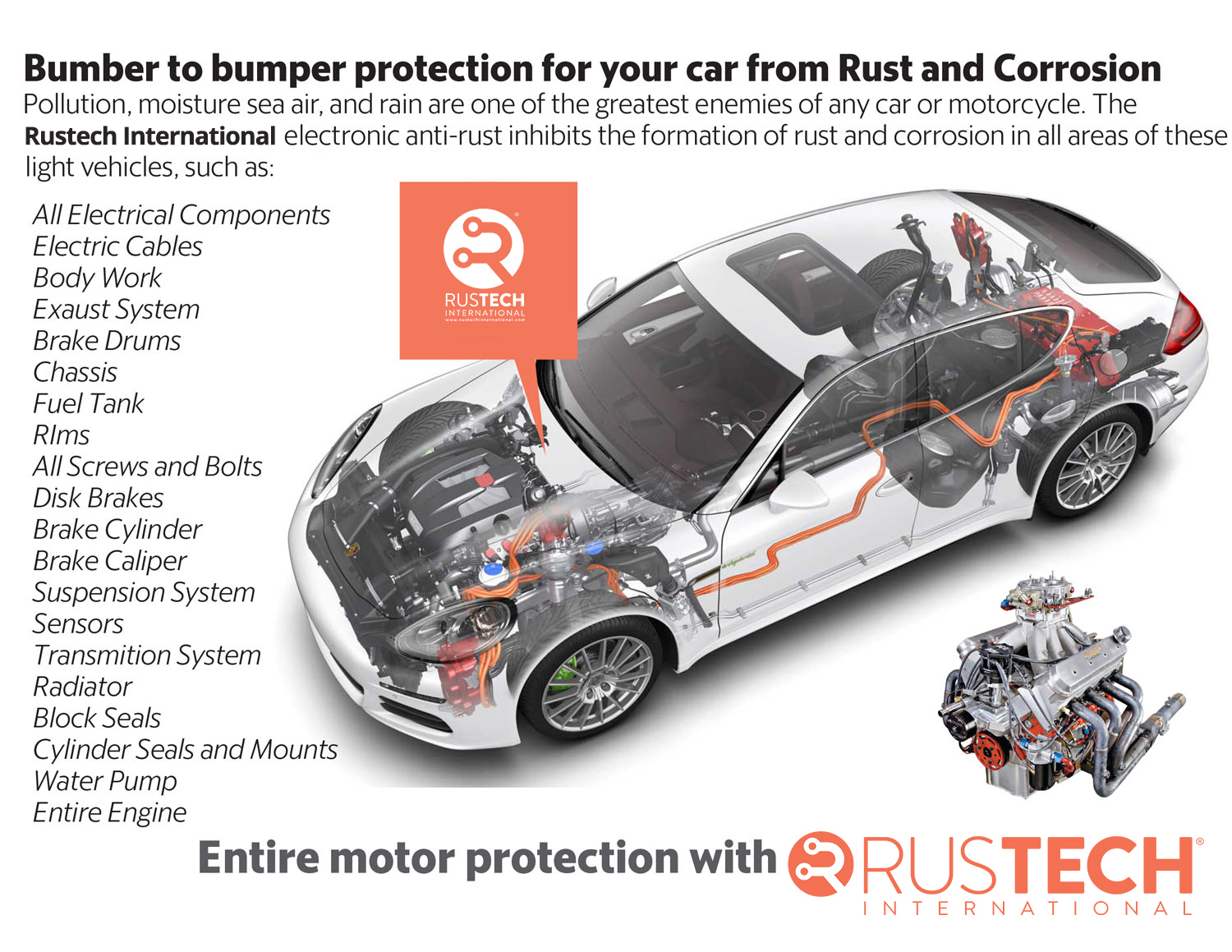 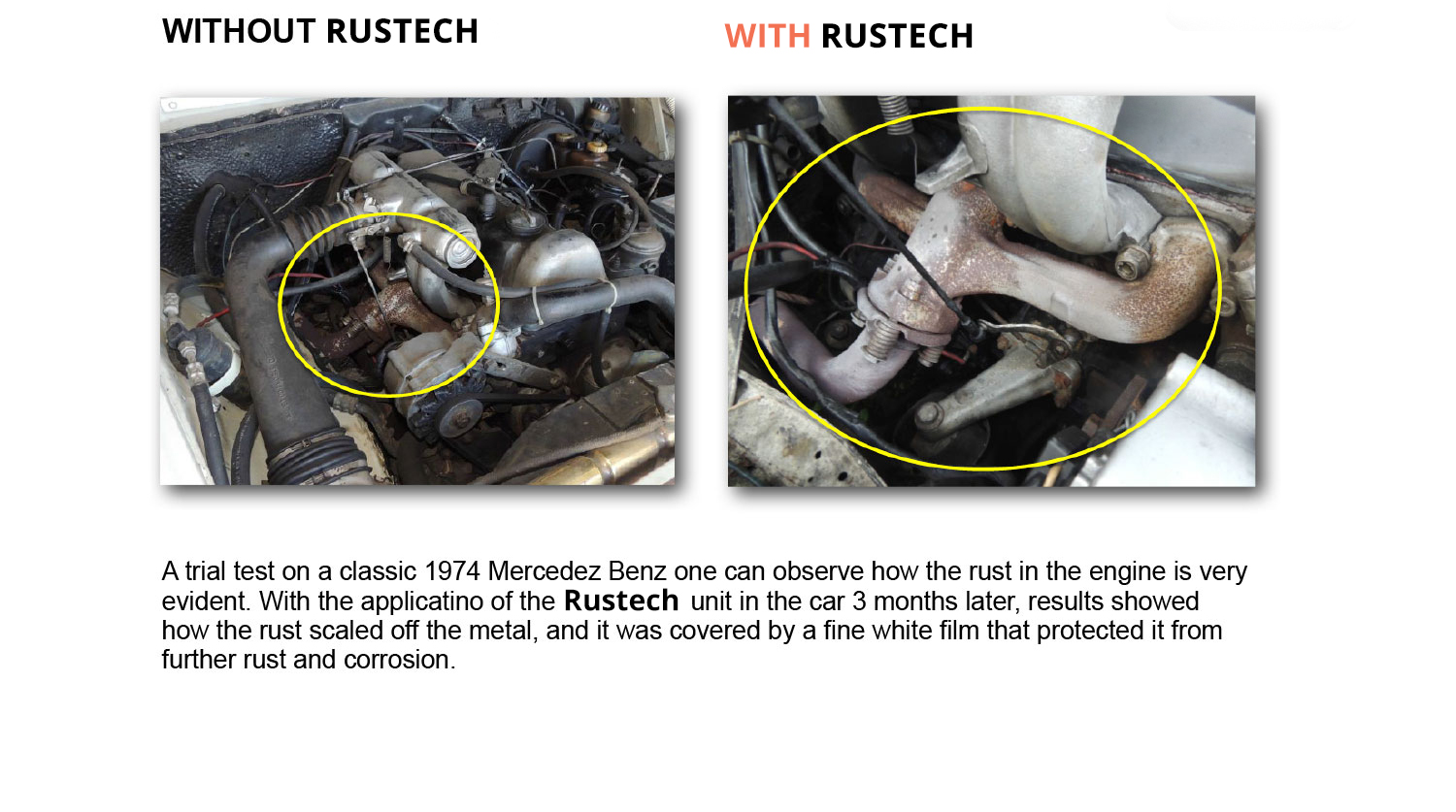 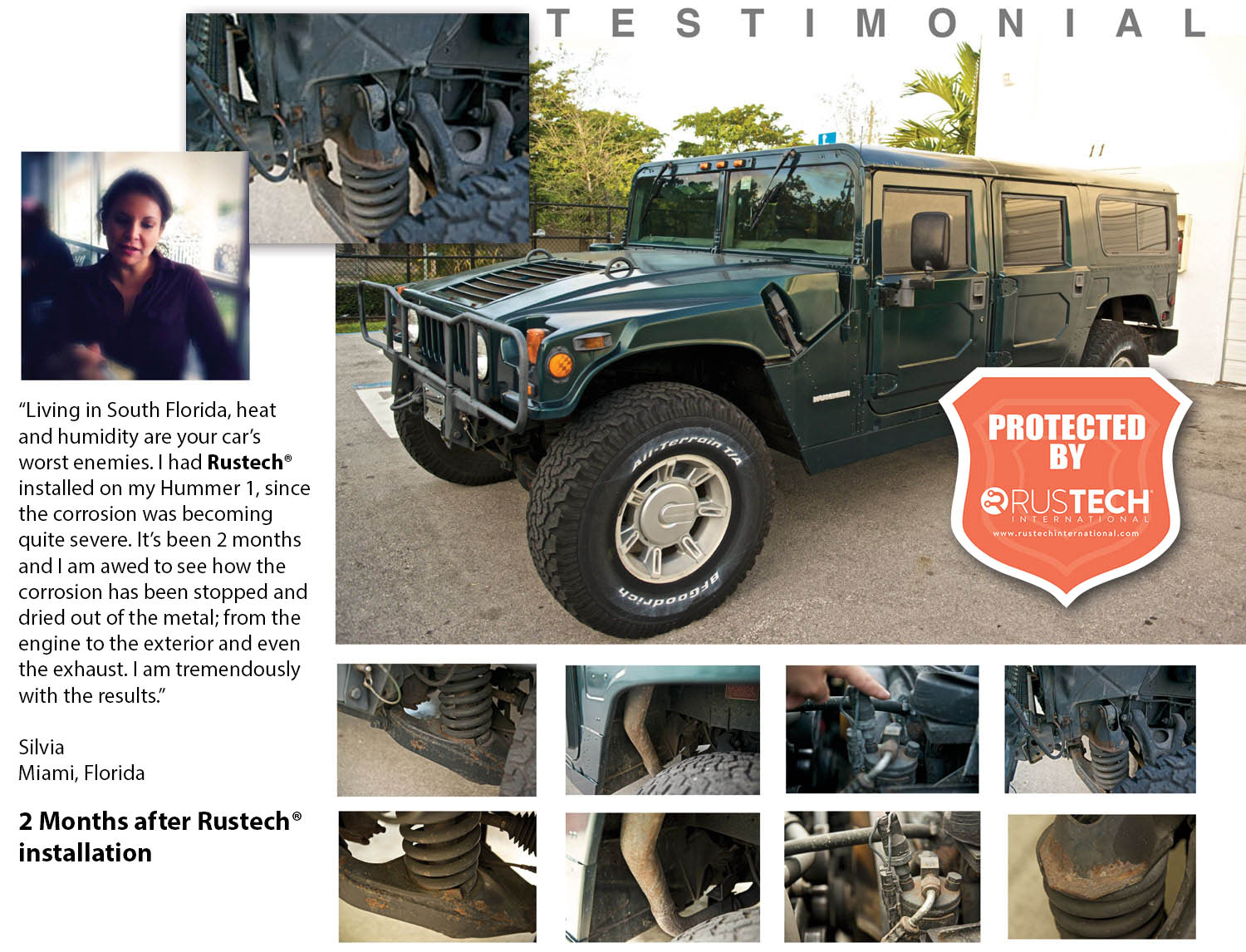 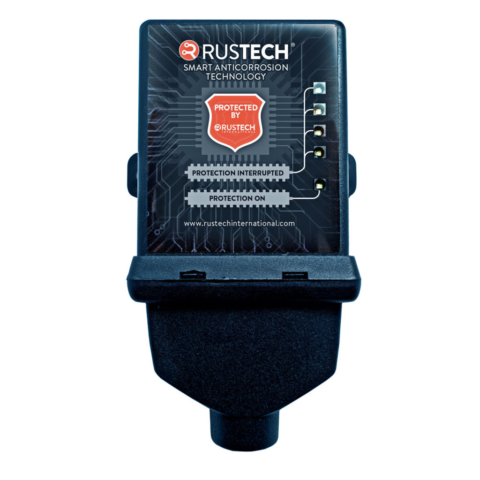 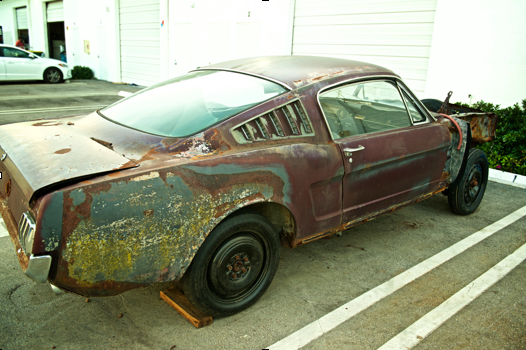 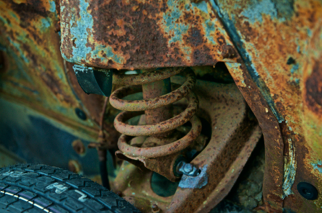 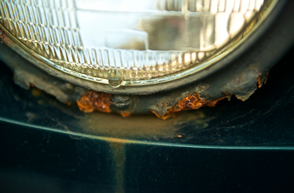 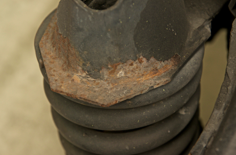 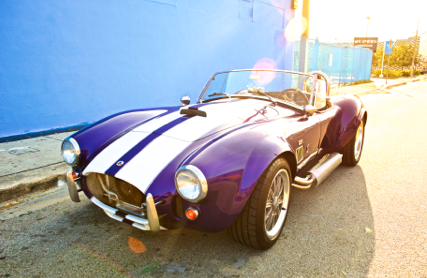