Rustech® is an electronic device that saturates the metal surface with a free electron field that inhibits the electrochemical reaction, called ionization, which is commonly known as rust. Rustech® protects against the action of pollution, humidity, salt spray, acid rain and other enemies of the metal surfaces

The enemies of all that has metallic property such as pollution, moisture, salt spray and acid rain are no match for Rustech®.
Rustech® contributes to the equilibrium potential of metal hardware, eliminating the chemical potential differences between micro metals, thus the excess electrons provided by the Rustech® unit serve as a logical corrosion protection. Our proprietary technology contributes to leveling the potential between micro regions, thus reducing the differences between them and therefore the action of micro cells formed. 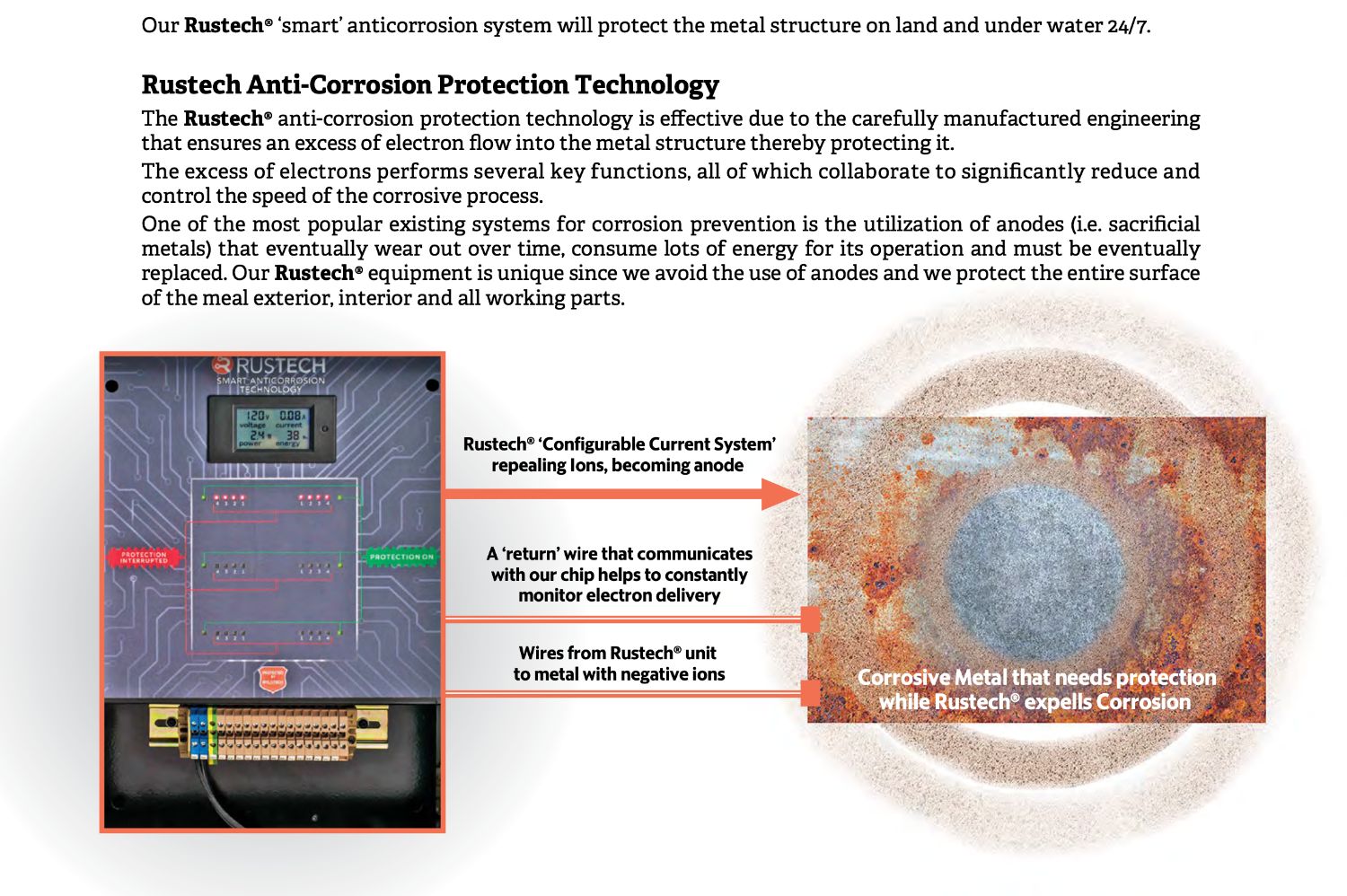 Rustech Smart Anticorrosive Technology is assembled in the USA taking care of every detail to make the very best and most efficient corrosion solution fighter on the market.

Rustech® protects the metals from the most common forms of corrosion, which usually begin by small scratches in the paint, that usually start because of failure on the protected surface, sea mist and moisture penetrate due to application failures, or caused by stones, scratching or tapping. In such cases, as Rustech® supplies metal parts with an excess of electrons; the existing positive atoms in corrosion receive these electrons, turning them into neutral atoms, eventually forming a thin protective layer, adherent and compact, normally this occurs in porous and non-adherent surfaces, Rustech® helps insulate the metal surface corrosive substance, paralyzing the corrosion process. In metals that already have corrosion present, this existing corrosion which is porous and poorly adherent will be phased out by a protective layer, thus causing the metals to change in look, lasting longer instantly and gaining new life. Corrosion Never Again thanks to Rustech®.

Each of our Rustech® units can be easily monitored to ensure a 24/7 protection on your home, car, boat, plane, business or anywhere where rust is prevalent.